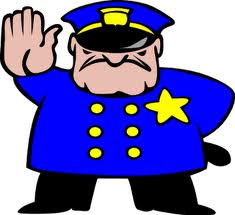 Shimla traffic police seems possessed these days . Day after day the only mission of the entire traffic force seems challan everyone in the hill station .

Spare none in and around Shimla . Get after those parked cars in the downtown areas inside the yellow line and don’t even spare those in the uptown areas . Local , tourist , government vehicles , spare none !

Forget about days when the cops let you off with a warning pasted on your car .

While earlier they mostly targetted vehicles for ‘idle parking offence . Now miserable vehicle owners are challaned even while driving harmlessly at 20 km an hour.

Earlier the challaning ended by 5 or 6 pm . Forget it , now traffic cops can be seen challaning even at 8 pm after you’ve finished with dinner .

So what explains this madness on the part of the cops . Is it the record number of tourists visiting Shimla this summer which has pushed the cops to the edge of the cliff.

Or is it just an easy way to make money for the Himachal government empty coffers . Or are they just doing what they should have done a long time ago . Who knows , so long as the challaning goes on relentlessly .